A local business has produced results both on and off the field in the regenerative farming space and they believe their formula is a winner.

NutriSoil director Nakala Maddock said last week is going to be hard to top, with a sold out Biological Farming Roundtable (BFR) event held at the NutriSoil farm and warehouse, coinciding with been announced a finalist in the Albury Business Awards.

Family owned business NutriSoil are still smiling from their dream week. The Baranduda business which produces and distributes liquid worm fertiliser, prides itself on its quality vermiculture recycling system and has a passion for providing opportunities for food and fibre producers to network in the regenerative agriculture space.

“It was such a thrill to host so many people from diverse enterprise backgrounds who are at different stages of their journey to a low synthetic input system. The thirst for knowledge on how to increase biological activity and to transition from a high input system was evident,” Mrs Maddock said.

Over 80 people had the opportunity to listen to experienced agroecologist David Hardwick from Soil Land Food who spoke about the role of soil biology in improving soil structure and health, increasing plant health and reducing the need for synthetic inputs. Mr Hardwick gave those present simple soil assessment tools to aid famers to identify the limiting factors in the soil and to start tracking their own journey to improved soil structure and health.

The event included presentations from other businesses associated with regenerative agriculture including Russell Speed from Ectol, along with a presentation from Mrs Maddock on vermiculture and its connection to human health. Ray and Whyatt Snell from Huon Ag Services who began using NutriSoil about three years ago spoke to an engaged audience about their transition to reducing reliance on synthetic inputs and the benefits they have seen so far.

The highlight of the day was a SoilKee demonstration in the NutriSoil front paddock, where a winter multispecies cover crop was being sown directly into frosted summer grasses which had not been sprayed with herbicides. SoilKee is a low soil disturbance seeder which buries existing grasses / pastures ensuring nutrients are returned to the soil and are available for the newly planted seed.

“Our BFR events also allow people to hear from those who are further down the path of regenerative agriculture; it is so important for those just starting out to have mentors in this space, which is certainly the message we heard at the event.

“We take great pride in facilitating BFR events around the country. The more we can bring like minded people together the more confidence everyone will have to produce nutrient rich food.

“I think it is important for anyone considering transitioning to regenerative agriculture to understand it is about minimising synthetic inputs, not taking them out altogether. It’s about taking it step by step and let biology do the hard work for you,” said Mrs Maddock. 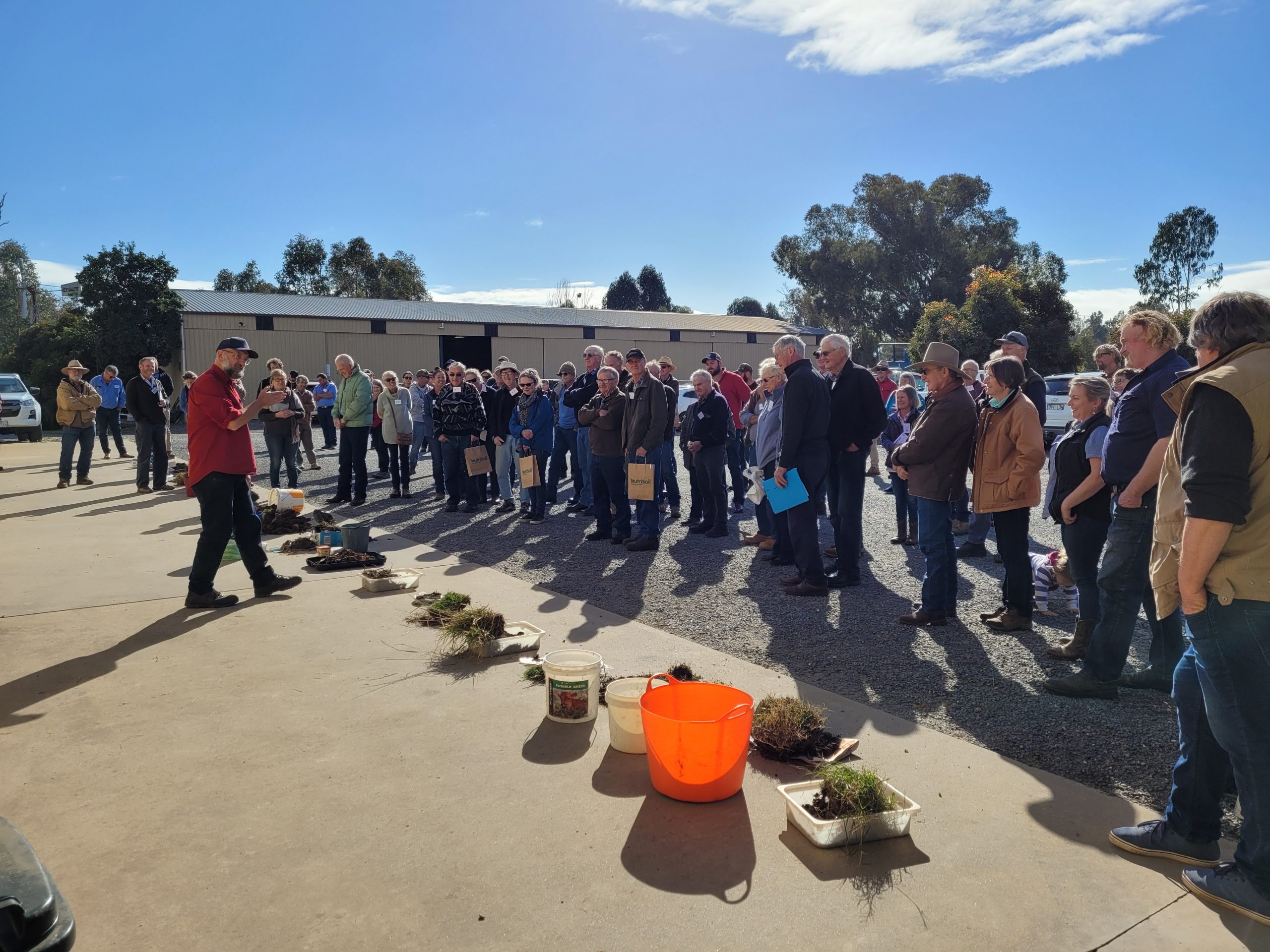 Attendees at the Albury BFR had the opportunity to bring soil samples to assess soil structure and features.

The week was capped off on Friday evening when NutriSoil was announced as a finalist in the Albury Business Awards for excellence in agriculture. Mrs Maddock thanked NutriSoil’s valued clients for the nomination and those who attended the Albury BFR for making it a success.